The United Snowmobile Alliance announced the formation of a new national organization that will focus its efforts and resources on the needs of the snowmobile community at the local, state and national levels.

The United Snowmobile Alliance goals will be accomplished through strong communication and experienced leadership coming from the states involved. Modern business and financial practices, along with transparent accountability, will be the backbone of the group which is built on a ground up foundation. The member states are committed to the success of this organization by their commitment to transparent and professional management of the organization.

Our strength will be based on a reciprocity of vast knowledge, depth of leadership, internal and external networking, legislative grassroots skills, and building a national alliance that represents all aspects of the snowmobile community.

We invite state snowmobile associations to partner with the USA and actively participate in building a national organization with purpose and a vision. Follow us on Facebook.

The Mission of the United Snowmobile Alliance is dedication to the preservation and promotion of environmentally responsible organized snowmobiling and the creation of safe and sustainable snowmobiling in the United States.

The objectives of this Alliance shall be: 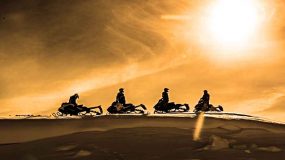 United Snowmobile Alliance Mission Statement and Objectives The name of the corporation, hereinafter, shall be the … END_OF_DOCUMENT_TOKEN_TO_BE_REPLACED